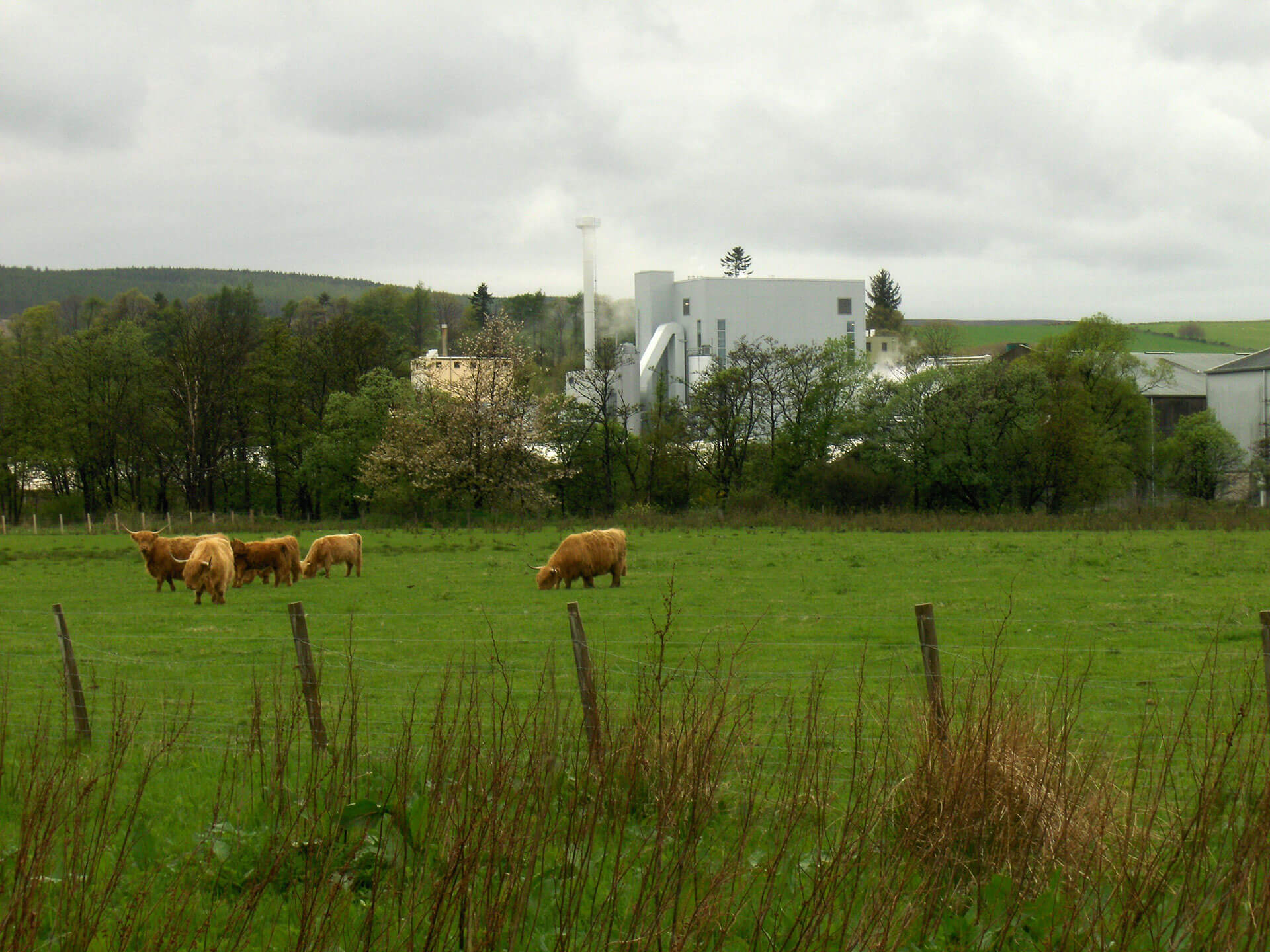 In the Speyside area of the Scottish Highlands, you’ll find the heart of the Scottish whisky industry – and a textbook example of how AET’s early involvement in a combined heat and power plant project makes good business sense.

Since the 1970s, a local partnership of distillers known as the Combination of Rothes Distillers (CoRDe), has used draff and pot ale to produce a finished nutritional animal feed product known as Distillers Dark Grains.

When the dark grains facility approached its end of life, CoRDe decided to upgrade with a new combined heat and power plant fired by wood residues and draff. The plant would provide steam for converting pot ale to pot ale syrup. AET was involved in the process at an early stage, both supporting the project developers with performance data and providing refined technical solutions for process integration. The result of the early involvement was a plant that would deliver significantly higher output and efficiency than initially assumed, mainly due to more efficient process solutions introduced by AET in the development phase.

The draff is dewatered and dried at the cogeneration plant. It is then fired through supplementary firing with an AET Dust Firing System. The wood chips are injected by the AET Spreader Stoker System, which is air-assisted to distribute the fuel uniformly across the travelling grate.

The plant has performed well within its original design figures and eliminates approximately 64,000 tonnes of CO2 each year.

The CoRDe project is just one of many decarbonisation success stories. To read other case studies, download our free e-book. 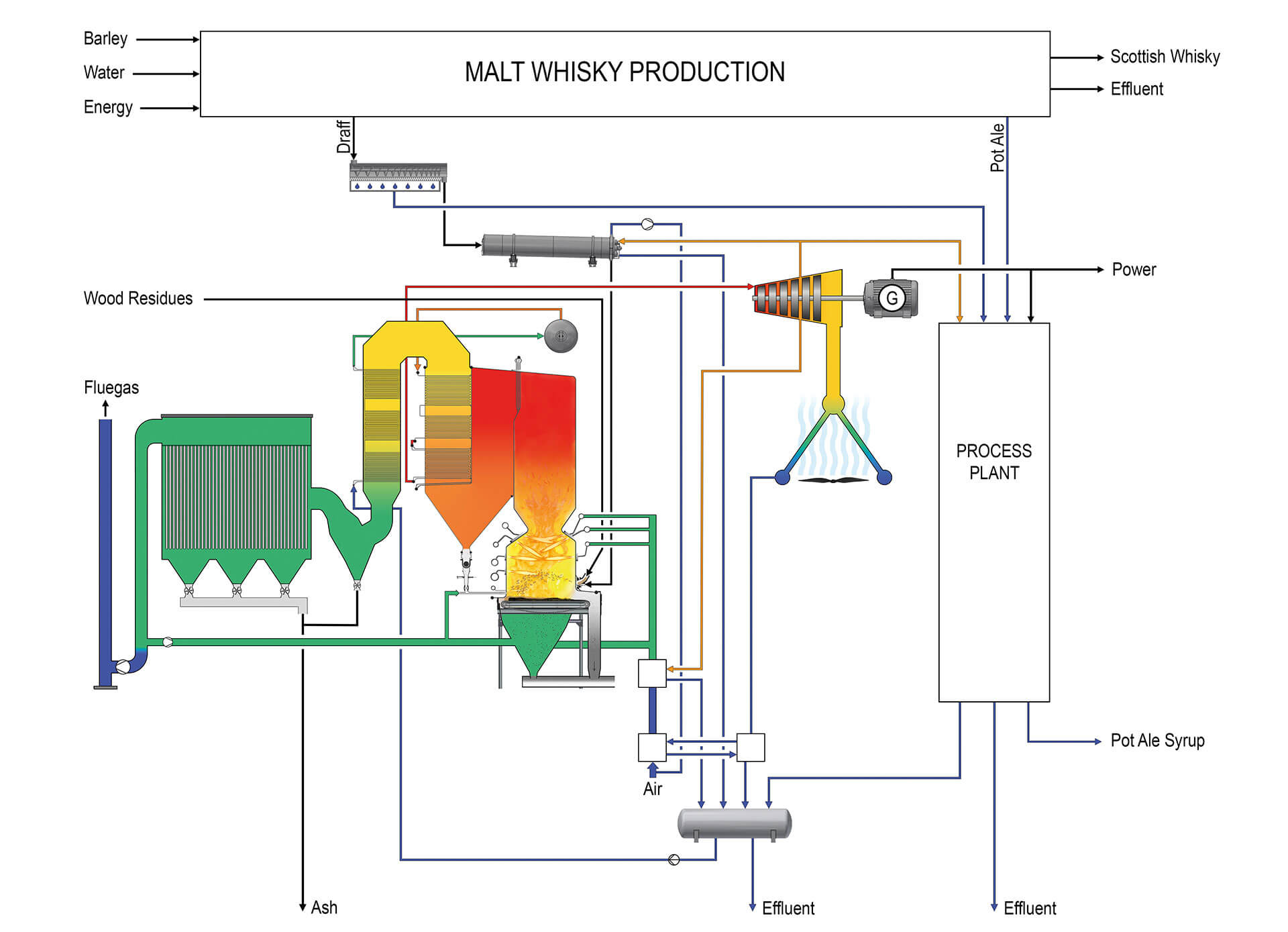